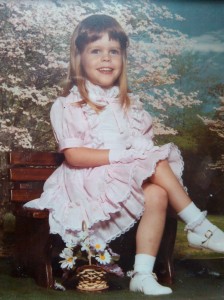 “Who likes sloppy Joe?” my kindergarten teacher asked with a scowl on her face.  “Yuck” “ooh” “nasty” were the replies of the other students.  I timidly raised my hand.  I was the only one.

It wasn’t until I got to the lunch room cafeteria and ended up being served slop on a bun did I discover my error.

Apparently, I’ve been an empathetic person from a very young age.  It was recently asked of me if I believed that empathy is an innate or a learned behavior.  It goes back to the age-old debate of nature vs. nurture.  But I think it’s a bit of both.  There have been sociopaths that have come from good homes, but just don’t have the capacity to understand or care about the feelings of others.  On the flip side, some great people have come out of horrible childhood situations.

Personally, I feel like my empathy was ingrained in me from an early age.  My parents both taught me the value of the golden rule:  do to others as you would like them to do to you.  If the teacher had asked, “Who likes sloppy Belle?” I would have hoped that someone would have raised his hand.

Term that has Lost its meaning: Mystery Meat

“The rule is gold because, it cost so much to break…”