A Moment Frozen in Time (Then Melted For…A While) 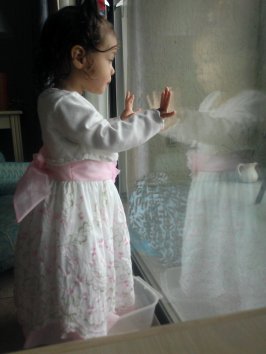 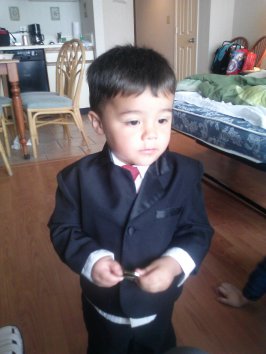 Tuesday, I did laundry and on Wednesday, started packing.  My daughter, Mica’s birthday was Thursday.  My sister Sarah came into town on Friday.  Saturday morning we went to an Easter festival, then Amor and I packed up the van and headed out-of-town with four kids to visit extended family members and for a short spring vacation.

I brought my computer, and during the much-longer-than-it-should-have-taken drive, I imported and organized some pictures from my phone to the computer.  I wanted to make sure I had plenty of space on my phone – the only camera I had taken with me.  It fills up quickly and has too little space and functions too slowly to upload pictures to an internet cloud or email.  So my system is to load them to the computer, back them up onto a flash drive, then clear out the camera phone.  If I don’t clear out all the photos at once, I’ll have to delete them one-by-one later, which is frustrating and time-consuming, to separate the ones I’ve saved from the new ones.  I was just finishing up as we arrived at the beach.  I felt proud of myself for having accomplished that.

On Easter Sunday morning, I dressed up the twins.  I went all out too!  Brooks was so handsome in his little black suit and red tie, and Bella was adorable in her pink flowery dress.  “Take a picture (thinking: before they get dirty)!” I said to Amor and handed him my phone. We visited the church I grew up in, the pastor of which, officiated our wedding.  I saw a few family members there.  We exchanged hugs and niceties  but I got the impression that a few of them may still be holding onto some old grudges since they ducked out before I even had a chance to grab my camera phone.  (Can we just bury the hatchet already?)  Maybe they were just in a hurry and it’s all in my mind.  I’ll chose to think the best and go with that.  Anyway…

Our next stop was my Aunt’s house where other family members were gathered.  She had invited us to their annual Easter lunch, which we haven’t attended in a few years (due to understandable circumstances).  She had never even met the twins.  It was a nice little family reunion. So nice, indeed, that I just had to get a picture, two actually.  With all our hectic lives, who knows when or even if this group of people will be together again.  It was a moment worth capturing.

I hit the delete button!  Oops, I erased them all, even the new ones that I hadn’t even looked at or saved.  I was so disappointed with myself.  I tried, but couldn’t find any way to retrieve them.  What a shame!  I started to get upset.  I wanted to beat myself up for doing something so stupid.

But then it hit me: Those pictures aren’t gone.  They still exist in my mind.  That mental picture is fresh and the reminder is right here in my words in this post

To the family whose picture I didn’t get:  I see you

To the family whose picture I lost:  I’ll remember you

To my extended family, even though we are far away from each other, some physically, some emotionally, I love you all.

I have my mental picture and its clarity and contrast is better than anything a camera phone could have ever captured.

(Above pictures courtesy of Amor’s phone)

Double Talk Quote: “But I don’t even know how to take care of babies!” – Hope, shortly after the twins were born. “You will soon,” I reply.

Bible Verse:  “I tell you this: flesh and blood cannot inherit the kingdom of God, nor does the perishable inherit the imperishable… O death, where is your sting?  …Thanks be to God, who gives us the victory …” 1 Corinthians 15:50-57

Word that has Lost its meaning: Cloud

“The angels, they all surround us, And they are ministering Jesus’ power
Quickly now, reach out and receive it, For this could be your glorious hour!”

After reading this post, Grandma contacted me and implored me to search for restoration programs and instructed me not to take any more pics until I had done so.  I had to delete about 5 apps from my phone to make room for a disk restore app, all while trying to get out the hotel room with 4 excited kids and one irritated hubby (I don’t blame him, it did take a while).  But low-and-behold, I did get my pictures back. I guess they hadn’t melted away forever!!!  Praise the Lord! 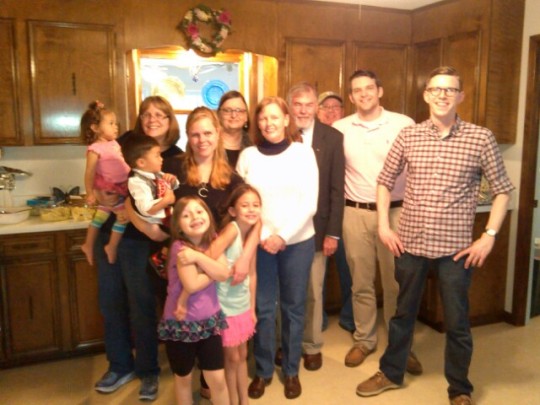 The Lost Photo has been restored! 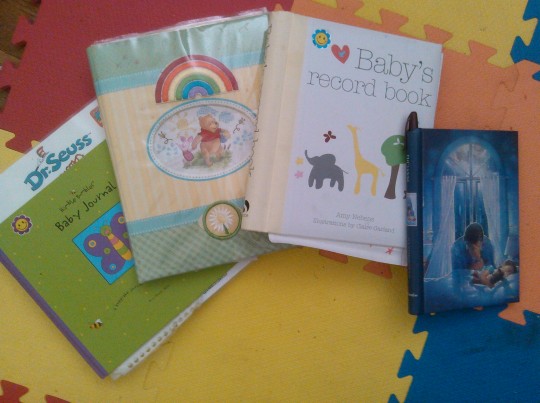 I have so much to write.  I love writing my blog and I have so many open drafts, so many ideas of what I want to write, but so little time.  But there is so much more writing I need to do and I’m feeling the pressure to update those things as well as my blog (esp. my “Mommy Resume”.

I’m juggling a lot.  Writing is just one of the balls I have in the air. It’s one of my favorite balls to catch, especially due to its therapeutic properties, but it’s hard to keep up with.  There are more pressing issues I have to attend to:  making sure my children are well cared for and also leading them in the path of Jesus, taking care of my marriage, keeping house, grocery shopping and bills, keeping up with friends, helping neighbors, etc.  But I’ll find time.  Lord knows, I have plenty of inspiration. I’ll find time to make it a priority.

Bible Verse: “See what large letters I use as I write to you with my own hand!” – Galatians 6:11

Word that has Lost its meaning: Finished

Relatable Lyrics:  “Under Pressure” by Queen

“Chippin’ around, kick my brains ’round the floor
These are the days – it never rains but it pours…

Insanity laughs under pressure we’re cracking
Can’t we give ourselves one more chance?” 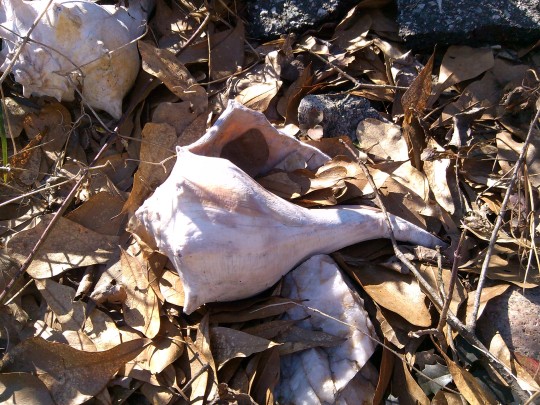 Happiness, I mean.  The laughter is real.  The feeling behind it is not.  Can he tell?  Can others?

I feel so empty, a shell of who I’m supposed to be, of who I once was, my soul so bland, dull, dry, and tasteless.  I am, again, uncomfortably numb.

What have I done to myself?  This wretched illness has robbed me of so much that is precious in life.  Now the medication that’s supposed to help heal me is stealing from me instead.   Stealing my hopes and dreams.  Consuming my spirit.  Making me a robot.

I laugh on cue.

Epiphany Quote: “See, this is why I stop taking my medication.  I’m not Belle.  I’m a shell.” Thinking:  “I’m Michelle” – Me to my therapist

Bible Verse:  Let me hear joy and gladness; let the bones that you have broken rejoice. Hide your face from my sins, and blot out all my iniquities. Create in me a clean heart, O God, and renew a right spirit within me. Psalm 51:8-10

Word that has Lost its meaning: feelings

“…I can’t explain, you would not understand, this is not how I am.”