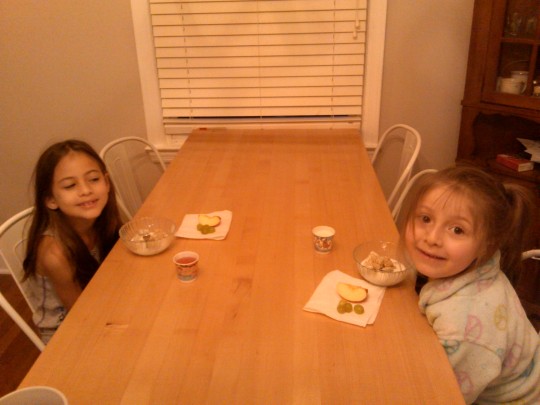 I got up early did my devotions and replied to my last blog post’s comments.  Woke up Grandma, took out the trash and did other mommy-related activities.  I did devotions with Hope and Mica and got them off to their schools, fed the twins breakfast took Amor his coffee and spent some alone time with him with the twins played contently in the living room.

I planned to participate in a conference called, “Alternatives To Spanking,” which started at 10:45 am.  (Spanking tends to be Amor’s go-to tactic for dealing with discipline issues and I’ve been trying to encourage him to try other forms of discipline such as redirecting and/or using “time-outs” instead – I could go on, but that’s a whole other blog post).

As I was getting myself ready my cell phone rang.  I was busy and didn’t recognize the number so I let it go to voicemail (but they didn’t leave a message).  It was about 10 am and I wanted to wait until the last minute to finish getting the twins dressed and re-diapered so they’d be fresh when we arrived at the conference.  So I laid down with them for what I thought would be about 10 minutes of peaceful cuddle time of watching Curious George.

I heard the home phone ring.  With both babes on top of me I knew I’d never reach it before it went to voicemail and besides, that’s grandma’s phone and I don’t give that number out as mine, so I usually only answer it if it rings more than once in a row; that usually means one of my family members is calling me.  It rang again.  I quickly put the twins down and ran to grab the phone.  The reception was horrible and with the TV in the background I didn’t catch the first part of what the caller said, but I heard the word “school.”  “Excuse me?” I replied.  The caller said, “Your daughter’s left ear is hurting her.  She’s screaming she’s in so much pain, please come pick her up.”

I jumped into action:  grabbed my cell phone and while collecting the babies’ bag, some Tylenol and a soda chaser, and my purse. I also quickly called Mica’s doctor and made a sick appointment for 11:20.  I rushed out the door, carrying the babes to the car with saggy diapers and no shoes.  I quickly loaded the stroller and arrived at my daughter’s school within 15 minutes of the phone call.  As I strolled the babies toward the office, I saw Mica and her class coming in from recess.  She waved at me.  “Weird”, I thought, seems like she’d be in the nurse’s office.  Oh well, I checked her out with the attendance person and they called her to the office.  As we walked back out to the car, I asked Mica, “So are you feeling better now?”  She seemed confused.  “I’m fine, what’s going on, why did you pick me up early?”  “Your ear doesn’t hurt?”  “huh?  No, I feel fine.”  By this time I was confused.  Already in the car with Mica and Bella and Brooks in tow, it dawned on me:  Hope.  I looked up the number of the call I had missed on my cell phone and call it back.  Sure enough, it was Hope’s school.  “She’s been waiting a long time now.”

As I drove toward Hope’s school, I called Mica’s doctor and canceled her appointment.  They were confused too.  “So you need to bring in your niece?  What kind of insurance does she have?”  It took longer than needed to explain to them that she’s not a patient at their practice, she has her own doctor.  Although I call Hope my “foster niece,” I’m not her legal guardian and dealing with aspects of her medical care is her mother, Tia’s responsibility.  I called her immediately.  She was half-asleep.  When I explained the situation to her she said, “I’ll take a shower and go get her,” in a tired voice.  Tia doesn’t drive.  And she’s notorious for taking hours to get ready for anything.  I imagined her arriving by taxi by the time school was letting out.  “Don’t worry, she needs to be picked up right away.  I’ll go get her and you call her doctor,” I said.

I turned right.  The school should have been on that corner.  It was not….