A NEW song for your brain 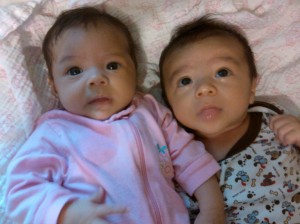 In a depressed mind, neurotransmitters do not work properly. Often the problem is complicated by the fact that neural pathways that have already been formed are often the “go-to” route because they have been used so much. They are the “beaten path” so to speak. A tired brain which is not functioning properly anyway says to itself, “Go the way you know.” In a depressed brain that way is usually a depressed path.

It is very difficult to break that pattern. However, brains are very resilient and are abundantly blessed with neuroplasticity. It is like any muscle movement that has become a habit. Have you ever learned to play a particular song on an instrument and always seem to err at one particular place every time? Your fingers have learned to take the wrong pathway. You correct the problem by practicing a new movement. The same is true for our thinking patterns. The brain has hardwired itself to think a certain way, but it can be retrained! Reprogram Neural Synapse Pathways using affirmations and scriptures.

Satan is the author of confusion and a proficient liar. Why do we even think negative thoughts? They are the whispers of Satan to God’s anointed people. Give your brain a new song today!