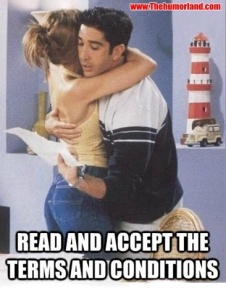 Remember the “Friends” saga when Ross and Rachel took “a break” and before she would take him back she wrote him a 18 page front and back letter to explain her feelings and her terms?  Needless to say, he didn’t read it, simply agreeing to whatever it said; anything to get her back.  Of course by the time he finally took the time to realize what she had to say, he didn’t agree and the relationship fell apart (again).

A few days before Christmas, my husband decided that he needed a break.  Tensions had been building in our relationship for a long time.  (And The Rain Came Down was written 9/30/2014 and alludes to troubles dating back even further than that) The past few months have been particularly rocky.  He wouldn’t say where he was going or for how long he’d be gone.    During this time, I was understandably upset, yet, I finally felt I could breathe.  The pit in my stomach dissipated.  The stress was momentarily lifted.  He ended up being gone for only two nights.  Maybe that was enough “break” for him, but I needed more time.  I told him he could stay on couch until we got things worked out.  I wrote him a letter and at the end I made a list of what needed to be done in order to end our break.    After angrily skimming the letter he started checking off items, items that had not been, and cannot be accomplished in one day.  I realized that I had pulled a “Rachel” and he, a “Ross.”

Both my husband and I are Christians and believe in the sanctity of marriage.  We have been in couples therapy for a while.  But there’s a pattern with us that I can see clearly now.  I won’t delve into detail but I will say that it is not a good pattern.  There’s peace and then tension, a building struggle, a breaking point, a blanket apology, and a honeymoon phase.  I don’t know if this can be fixed.

Bible Verses:  “It is better to live in a corner of the housetop than in a house shared with a quarrelsome wife.”  Proverbs 21:9

Word that has Lost its meaning: listen

“In our family portrait we look pretty happy
We look pretty normal, let’s go back to that
Let’s play pretend, act like it goes naturally ” 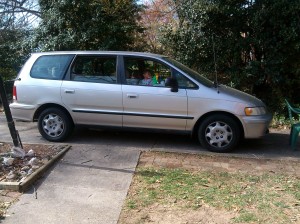 Things I Love About My Husband