I’ve been “Missing In Action” for a while here in the blogosphere.  But I have been plenty present in reality land.  Packing and unpacking, playing with little ones, and making time for family, have been a struggle with the move but one I can handle with a little help from my…meds (ugh).

But there were times when I was MIA in real life.  It was 2006 – I call it my missing year because I remember very little from that time period.  I was diagnosed with Bipolar disorder in late 2005 and put on a litany of medications:  One after another in an attempt to see which one(s) would work for me.  I’d try one which would take up to 6 weeks to kick in and then when it didn’t work, I’d have to wait another few weeks to wean off it to try the next.  My sleep pattern was as crazy as ever.  I’d be up for days, just like before when I was unmedicated, except then, the medications made me zone out.  I can’t account for my days or my daze.

That’s when Mia took over.  In paranoia and sporadic breaks from reality, my alter-ego formed.  Mrs. Mia Wallace is a fictional character from the movie, Pulp Fiction.  Whatever made me relate to a heroin snorting, drug dealer’s wife, I have no idea.  But Mia Wallace became the name I’d use when meeting new people, getting credit for new accounts, buying and selling on eBay, or even filling out job applications.  I know this because after coming out of my “state of mental obscurity”,  I saw the havoc she had wreaked on my life. 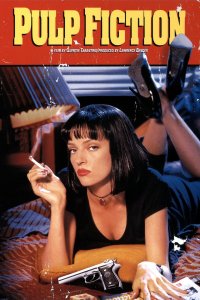 I distinctly remember in early 2007 looking into a mirror.  I hadn’t slept in almost a week.  In my mind, the mirror was cracked – shattered just like me, just like the skin & bones reflection I saw, just like Mia.  I was missing something and I just couldn’t take being her anymore.  As I stared in the mirror, I cried and cried.  I cried out to God, begging him, please help me to change.  And He granted me a renewed strength.  Instead of crashing, as usual, I knew I had to first override Mia.  I got to a doctor’s office that very day and insisted on a medication that would make me sleep, that I could take regularly at night to finally get stable.  It took a lot of convincing to not get committed that day.  But that night I slept, and the next night too.  It took a few weeks but Mia slowly faded away.

I recently ordered my credit report. Mia Wallace’s name is still associated with my social security number.  I guess a part of her will always be with me.

Word that has Earned its meaning: Subconscious

Relatable Lyrics:  “Flowers on the Wall” by the Statler Brothers

“I keep hearin’ you’re concerned about my happiness
But all that thought you’re givin’ me is conscience I guess
If I was walkin’ in your shoes, I wouldn’t worry none
While you ‘n’ your friends are worried about me I’m havin’ lots of fun
Countin’ flowers on the wall
That don’t bother me at all
Playin’ solitaire till dawn with a deck of fifty-one…“ 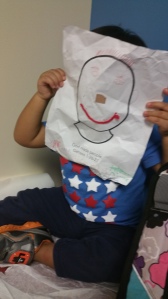 Where the Healing Begins