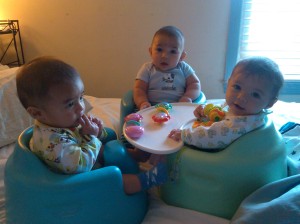 I’ve written before about the way God changed my heart about asking for and accepting help from others. (See the article “Pleas and Thank Yous” https://theearthquakers.wordpress.com/2014/08/29/pleas-thank-yous/).

Since I was a little girl, I have always believed in tithing. At least ten percent of any money I’ve ever made has gone directly toward a Godly cause. Amor agrees with me on this and no matter how tough things have gotten, neither of us have ever even considered not tithing. It just was not an option.

Pregnancy was more expensive than I had anticipated. Because I was carrying twins, I needed an ultrasound every week (sometimes more if they didn’t catch each baby moving with the first ultrasound). I had some insurance, but it only covered basic stuff and had a high co-pay, so those doctor’s visits really added up. Plus our trips to the grocery store were pricy as well. High quality food comes at a premium and I was determined to grow my little babies as big as they could get in the womb regardless of the cost. At about 32 weeks, I was so big that everyday tasks became very difficult. Keeping up with Mica and Hope was pretty near impossible. By 36 weeks, I was bedridden. It was all I could do to get up to pee! So Amor asked for time off work as a restaurant server and was quickly terminated leaving us pretty much penniless. We got by though, by God’s grace.

My whole life, I’ve worried about finances. My family was not well-off growing up and my parents’ fights often had a monetary undertone that kept me wondering, “Are we going to be alright?” No matter how tight things got, we always were. But I think the mentality always stuck with me. That is, until the day Amor got fired. Looking at it from a carnal perspective, this is the one time during my adult life that I should have been the most concerned about money. But I wasn’t. God took that burden from me and replaced it with a reminder, a scripture that both my parents had always stood upon and one that I’ve always heard but never really put my full faith upon: God feeds the birds that are much less significant than I. He clothes the lilies, which are here today and dead tomorrow, with such splendor and glory, not even the wisest, wealthiest man in history, Solomon, was as well adorned (Matthew 6:25-34).

Shortly after the birth of the babies, I joined a mommy’s group at our church. It was incredibly refreshing to have the emotional and moral support of other mothers, at least one of whom has twins herself. During prayer requests, I would often ask for prayer regarding our financial situation. Around mid-November, my sister Sarah and I were running a little late to one of our meetings. When we got downstairs, I noticed a few boxes of “stuff” but didn’t think anything of it, since we were collecting for “Operation Christmas Child” by Samaritan’s Purse to make shoe boxes for children overseas. But at the end of the meeting, the group leader revealed that God had put on their hearts to do an extra service project. They announced that they planned to “adopt” our family for Christmas. In addition, some of the other mommies had gotten together and collected clothes for our babies (which is what happened to be in the boxes). I was overcome with emotion. Tears flooded my cheeks. I don’t remember exactly what I said, except to try to convey how incredibly grateful I was.

Since then, other moms have brought by food, clothes, toys, supplies, and all kinds of gently used goods that have been such a blessing to us. We recently had a huge expense arise with our vehicle, an older model van, which needed some extensive work to pass inspection. We had no problems getting it fixed because so many of our every day needs have been met. Almost all of the twin’s entire winter wardrobe was donated to us. I haven’t needed to buy diapers in over a month! We’ve been given household goods and personal items such as bathroom tissue, laundry detergent, and lipstick. Christmas gifts for my 6-year old have been dropped off or sent in the mail. People from our church brought oatmeal for us nursing moms, breast milk storage bags, nursing pads, and I was even given a breast pump (BEFORE my old one broke down completely)! It just goes to show me that God knows what I need before I do and puts a plan into action.

I am so thankful and grateful to all those who have helped and continue to help. At first, I tried to keep track of who gave what so that I could write thank you cards or send thanks in a message, but with so much variety, and so much given anonymously, that has become impossible.

So I give thanks to God, who is Jehovah Jireh, my provider. Thank You, Father, for blessing me with a wonderful little family, and for my extended family who offers so much love and support, especially in a time of need. Thank You for my church and for friends with open hearts who allow You to work through them. What a blessing it is to have a friend in Jesus.

Double Talk Story: Even as I end this article, I see a car in our driveway, someone else from our church to lend a helping hand. Praise God!

Bible Verse: My God shall supply all my needs according to his riches in glory by Christ Jesus. Philippians 4:19

Word that has Lost its meaning: worry

Relatable Lyrics: “Thank you for giving to the Lord” https://www.youtube.com/watch?v=6j_YpZQi-I4